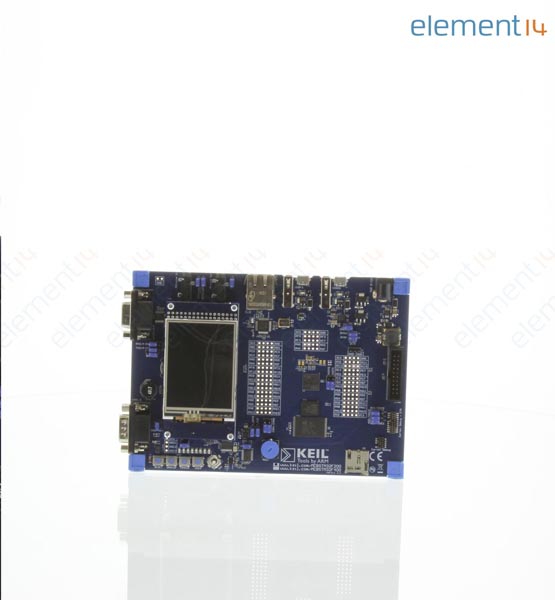 MCBSTM32F200UME is a Keil MCBSTM32F200 evaluation board with ULINK-ME debug adapter which enables to create and test working programs based on the STMicroelectronics STM32 F2xx series of ARM Cortex-M3 processor based devices. The STM32F207IG microcontroller is provided with the MCBSTM32F200 board which is a high end STM32F devices with on chip CAN, Ethernet, USB (full and high speed) connectivity and parallel camera interface. A 25MHz oscillator provides the clock signal for the MCU. The JTAG Interface connector provides debugging and emulator support for the STM32F207IG device. The JTAG Interface allows application debugging and programming of on chip and off chip flash devices. The board connects the on chip serial UART to the ST3232C, which converts the logic signals to RS232 voltage levels. The ULINK-ME connects user PC's USB port to target system and allows to program and debug embedded programs on the target hardware.

Available until stock is exhausted

Enter Your Part No/Line Note
Add your own part number/reference to each product. This number will be added to the Order Confirmation, Invoice, Dispatch note, Web confirmation Email and Product Label
Lines note are comments you can add to each line of your order. Your line note will appear next to that product in your Order Confirmation, Invoice and Dispatch note. Your line note will last for the lifetime of the order only.
Add to Favourites